You can check your symptoms against Common Symptoms of the Diseases Listed Below:

Blood in the stool (bright red, or dark, separate or combined with the stool).

Colon cancer is the second leading cause of cancer death in the United States. 56,000 people die annually from colon cancer; 1 in 20 women and 1 in 19 men are affected. However, colon cancer is also the most preventable and treatable of all cancers. At the time of your colonoscopy,  any polyps found can be easily removed while they are still benign. Finding an advanced cancer is actually quite rare on a routine screening colonoscopy. Even if a cancer is found, surgical treatment is often not necessary.  Generally, the earlier a polyp or cancer is detected, the better the outcome and the less treatment is required.

Colon cancer is thought to be caused in part by environment (food, additives etc.) and heredity, although 90% of colon cancers occur in people with no family history.

Arthritis (pain or swelling in the joints).

Crohn’s disease, ulcerative colitis and other forms of ’inflammatory bowel disease’ or inflammatory conditions of the intestine, are thought to be autoimmune in origin–the body reacting in some way to itself. These conditions, while not curable, are treatable, particularly with several new advanced medications that prevent the body from reacting to itself.

Inflammatory bowel disease is usually diagnosed with colonoscopy or on x-rays such as CAT scan, MRI etc. Since the treatment is specialized, the diagnosis and treatment is usually performed by gastroenterologists (intestinal specialists).

Tenderness in the lower abdominal area.

The treatment of diverticulitis is usually medical, with antibiotics. The diagnosis is usually made with a CAT scan of the abdomen or colonoscopy. Surgery is rarely required, unless the symptoms are recurrent or complications develop.

While no one is certain as to the cause of diverticulitis, the traditional thinking is that a small seed or food particle lodges in a diverticulum and causes the infection. Recently, however, this theory has come under question.

Protrusion, or lump in the external rectal area.

Other forms of treatment include banding, infrared coagulation, and surgery all of which are only required with more severe cases. Hemorrhoids can be diagnosed on colonoscopy or sigmoidoscopy (a limited form of colonoscopy).

The diagnosis is made almost exclusively with upper endoscopy, a rapid 2-5 minute office examination. Esophageal cancer is usually treated with a combination of radiation and surgery. Very few people people who have esophageal symptoms wind up having esophageal cancer. The cause is usually a benign problem such as a stricture (narrowing), reflux or an abnormality with the motility (normal contractility) of the esophagus.

Heartburn may be the first sign of a more serious problem, a pre-malignant problem, known as Barrett’s esophagus, or even cancer.

Gastroesophageal Reflux Disease is an extremely common condition resulting from the ’back up’ of acid from the stomach into the esophagus (ergo the nickname, ’heartburn’). The cause is felt to be a weakness of the normal valve or sphincter mechanism between the esophagus and stomach which normally keeps acid from backing up into the esophagus. The diagnosis of reflux is usually made on the basis of symptoms and upper endoscopy.

Treatable with a combination of antibiotics and other medication.

Helicobacter pylori infection is a fairly common condition resulting from a chronic infection of the stomach lining (which can last 20 or 30 years) by a bacterium that was undiscovered until about 25 years ago. The physicians who co-discovered Helicobacter received the Nobel Prize for their discovery.

Infection with Helicobacter is usually diagnosed with endoscopy, but can also be diagnosed by a stool specimen, specialized hydrogen breath test, or blood testing although the latter is felt to be somewhat inaccurate. The symptoms of Helicobacter infection are very similar to reflux, so it is hard to tell one from the other unless a positive diagnosis is made.

In that case, treatment with antibiotics and other medications over a 14 day period is usually eradicates the infection and the symptoms. Helicobacter has also been linked to gastric cancer.

Do you have a question? Ask the Doctors today! Dr. Berger and Dr. Jaklic’s staff will answer you personally!

A sincere thanks to all of you for being so nice when I had my upper endoscopy. Words can’t express my appreciation to Dr. Berger for his understanding and patience. . .    I delayed having this procedure for a long time, knowing this would be a problem – maybe insurmountable.  I was so embarrassed at my difficulty, but you . . .solved the problem. You’re terrific and I am grateful.

Thank you so much for the kind and tender treatment I received on my recent visit. . . I hope 10 years from now I’ll remember how easy this was! You are a top notch group of people and I appreciate each one of you – from the front desk to everyone in the back! I know the Lord sent me to the right place!

PLEASE tell Dr. Berger how much I appreciated his efficiency and painless procedure.  And tell his IV nurse that that was the most painless IV that I ever had.  I was so impressed with all of you.

A few weeks ago I visited your office for a long overdue ‘routine’ colonoscopy.  I was surprised how painless and unembarrassing it was.  To my surprise, Dr. Berger told me he found a large polyp that he was able to remove.  Yikes!  Thank God everything turned out okay, but I am extremely grateful to you and your fantastic team (thanks Linda!) for helping me through this!  You are all wonderful! 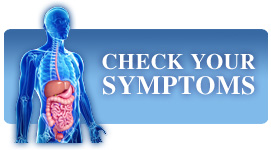 Center for Health and Cancer Prevention